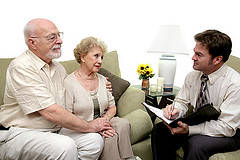 Wouldn’t it be a relief to have a Bootle Funeral Director Service that understands your needs and takes care of everything in times of grief? Saying goodbye to a loved one is never easy – it can feel as though you are on auto pilot at the time and everything else is just passing by. Although organising the funeral is a daunting task for the person in charge, everyone wants the service to be perfect in honour of the departed.

Barringtons is an independent funeral service operating out of Liverpool and servicing adjacent localities. From embalming to the ceremony, Barringtons will help you arrange a funeral service that is thoughtful and dignified. Meeting a funeral director is the first step where you will be guided on every aspect of the service, legal and personal. If you didn’t already have an idea of how the ceremony should be conducted, these couple of hours should usually be enough to make up your mind. Barringtons encourages the families to have a funeral as per their preference, which could mean having a religious, non religious or no service. In Bootle, this funeral director service can be relied upon for every minute detail, such as organising the departed’s favourite music, arranging flowers, contacting the relevant authorities to gain permissions and approvals, etc.

Barringtons has now started Pre Paid funeral plans, where one can pay for one’s own funeral in advance, with specific instructions. As a principle, the funeral service doesn’t accept any commission from third parties like florists or newspapers. You could have an elaborate traditional service or a final journey with a simple hired hearse: Barringtons will ensure it is special! The funeral can also be designed to have a personal touch such as a special song, favourite flowers or a memory board, in a bid to reminisce over the life and likes of the departed. When you’re looking for a Bootle Funeral Director Service, Barringtons is your best company to call.