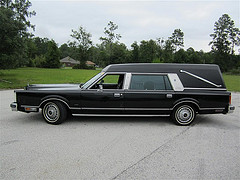 Making funeral arrangements in Merseyside can be very challenging. It is difficult to face a loved one’s death, let alone to select a coffin or casket, final resting place, headstone, and engravings. Most people who are faced with this situation are usually eager to get the arrangements over with quickly. Some people muster up the courage to plan appropriate arrangements, but still require professional assistance.

For a young man in Merseyside, funeral arrangements were recently needed as he had just  experienced the loss of his mother. He was having a difficult time dealing with his mother’s passing, and required the assistance of a funeral director who was capable of efficiently executing such arrangements. A close friend referred him to Barringtons Funeral Directors. After meeting with staff at the funeral home, the young man selected the traditional funeral package. This ensured that decision-making was in safe hands as it put the funeral director in charge of all the funeral arrangements. It included care of the deceased person’s body, final resting place, and hearse service. The young man was also assisted in personalizing the funeral service for his mother. On the day of the funeral service, the young man was pleased with the dignified way in which staff at Barringtons carried out his wishes.

If you need to make funeral arrangements in Merseyside, contact Barringtons Funeral Directors. After your initial meeting, they will help you plan a funeral service that is fitting. For more information about their services and related costs, please contact them directly at 0151 928 1625.  You may prefer a visit to the website to see what they offer.