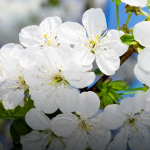 When we lose a loved one we may be concerned about funeral costs in Sefton even though we’d like to give them a memorable final farewell. Though this may not really be the most appropriate time to think about costs, the family-members do need to consider whether they can keep the costs within limits without compromising quality or sentiment. In 2015, the Royal London National Funeral Cost Index released data that showed that funeral costs had risen by nearly 4% which was much higher than the inflation rates for that year. The average costs were about £3700 in that year. London and surrounding areas recorded the highest costs, imposing an enormous financial burden on family-members. However, it’s a myth that funerals have to be expensive to be good.

If you have lost a loved one in Sefton, funeral costs can be kept within your budget when you entrust the work to Barringtons. As independent funeral service-providers, we help you make the arrangements so that you get exactly what you had in mind. A memorable, significant and appropriate event that will be remembered by all those who attended is something that family-members hope for. We offer a range of options that include traditional funerals, simple funerals, and cremations. Traditional funerals are a popular choice because they’re recognisable and appropriate for older people who may have preferred them. This option includes completion of paperwork, registration/coroner’s procedures, collection and caring of deceased, embalming, coffin, dressing, limousines, music, and the use of chapel. The Simple option includes most of these features barring some exceptions.

Cremations are the most affordable of funeral costs in Sefton. However, this is a personal choice. It doesn’t contain many of the elements of the conventional funeral but includes the transfer of deceased to the crematorium and return of the remains to the family. For more information about funeral costs, contact Barringtons. Keeping the costs low can be a priority, but costs vary according to the location and funeral arrangements. London records more than double the national average. Our experienced funeral directors can help you plan a fitting tribute to your loved one while ensuring that all your wishes are incorporated.